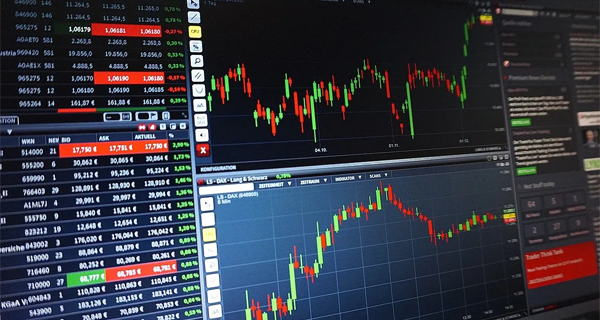 Non-bank market makers in Australian FX are not taking away many big clients from banks, but they are taking meaningful market share in smaller clients.

According to the survey, the leading domestic banks controlled just under two thirds (64%) of the corporate FX market last year, although their market share among financial institutions was lower at 42%. US banks accounted for more than a third (36%) of financial institution FX business in 2017.

The research showed non-banks were not winning a notable share of business at the top end of the market, says Peter, but this does not appear to be the case among smaller market participants.

Non-bank liquidity providers have been steadily strengthening their position in the traditional sell-side market during the past 12 months with the buy side and corporates ready to take on more liquidity providers as they become more sophisticated, says Michael Go, head of trading market development, Asia Pacific, at Thomson Reuters.

R5’s business development manager Adam Gazzoli suggests non-banks have grown their market share across all currency pairs and refers to growing interest in emerging markets among the larger non-banks, as they seek to capture the benefits of market electronification.

“Over the last year, we have seen an increasing number of non-banks look to bring their experience from trading G10 to emerging markets,” he says.

When asked whether domestic banks have an appropriate share of the Aussie and New Zealand dollar markets compared with US/European banks, Gavin White, CEO of Sydney-based multi-asset brokerage and prime services provider Invast Global, observes that domestic banks still benefit from local corporate relationships and so maintain a reasonably strong advantage in the local currencies.

“Having said that, the large global banks and the fast-growing non-banks have been successful in encroaching on their turf,” he adds.

The AUD/RMB cross has been described as the ‘next big thing’ in the Australian FX market , but Peter Lee Associates research recorded no substantial increase in trading in the renminbi , which only represented 1% of the total volume traded amongst corporates and less than 1% for financial institutions.

Yet R5’s head of Asia Nick Ohlin remains confident this market will grow significantly during the next three years and observes that the Aussie dollar is still largely seen as a proxy for renminbi due to the extensive reliance on China of the Australian economy.

Thomson Reuters’ Go agrees that AUD/RMB has been a slower burn than initially expected, “but not for the want of trying from the market”.

He adds: “It is reasonable to expect that it will expand, although that seems more likely to occur in tandem with a large increase in trade finance/supply-chain RMB invoicing.”

White at Invast Global is confident that once the AUD/RMB market matures, large investment firms and asset managers will be drawn to the opportunity.

“The trade and traditional investment-related flows are there, but the speculative flows that underpin the vast markets in other pairs have not yet materialized,” he says.

Some of the Australian banks that trade on the R5 platform are demanding an AUD/INR cross, due to increasing trade flows between India and Australia, adds Ohlin.

At the end of June, the Australian Securities & Investments Commission (ASIC) called on participants in the retail OTC derivatives sector to improve their practices after a review identified a number of risks associated with the products offered, including margin FX.

Almost two thirds of the margin FX traders surveyed were unprofitable, according to the ASIC, which highlighted a lack of transparency around pricing and issuers providing wholesale services, or allowing third parties to white-label their products without adequate risk-management practices and operational capital to supervise counterparties and support their exposures.

The commission had previously expressed concern regarding high levels of leverage, although R5’s Ohlin suggests change in this area is unlikely.

“Leverage is already fairly conservative and we don’t expect there to be a great deal of change to margin requirements as it is generally agreed that the risk is being effectively managed,” he says.

White points out that leverage has not been singled out and that other factors have received attention, such as the use of client money and the stress-testing of proprietary exposures.

“I believe regulators have now addressed the issues they needed to in order to protect the interests of non-professional participants in the FX market,” he concludes.

“The next steps will likely be focused on the operational conditions within retail brokerages and, in particular, the appropriateness of the proprietary risk being taken.”